War in Yemen, Made in Europe: an infographic

On march 25th, the war in Yemen will be raging for five years. Today, we're launching an infographic showing the impact of the European arms trade on that war, and how we can strike back.

The war is the worst humanitarian crisis in the world, according to the UN. More than 100.000 people have died. The Saudi naval blockade is threatening more than 17 million people with starvation. 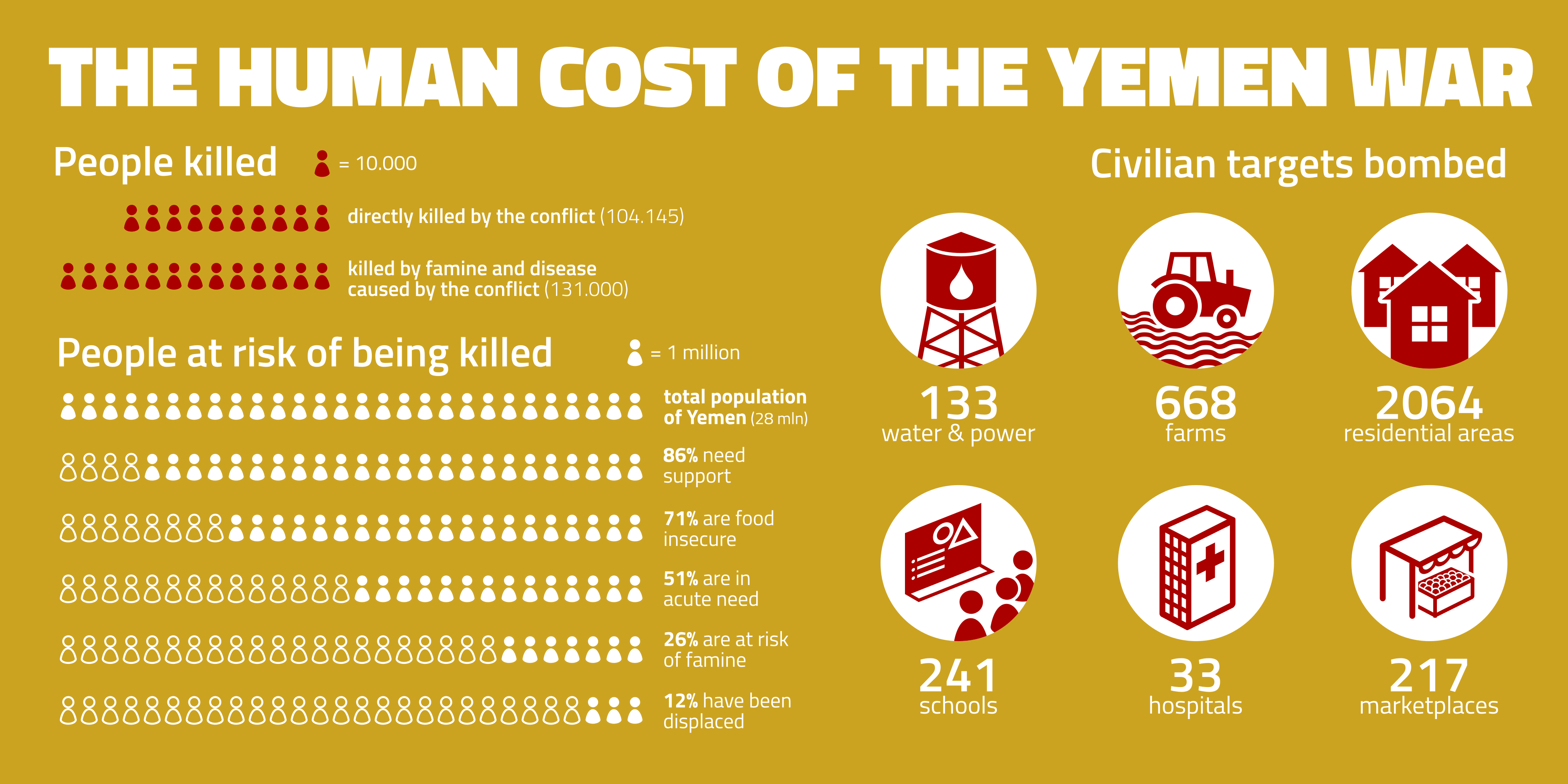 This war is made in Europe. European arms manufacturers are arming the Saudi-led coalition and are thereby profiting from war and suffering. The European criteria, however, are clear: exporting arms is illegal if there is a real risk of these arms being used in an active conflict or for commiting crimes against humanity.

It's time governments started respecting their own export regulations, as the Belgian State Council recently clarified. We are calling for a European arms embargo against all members of the Saudi-led coalition. 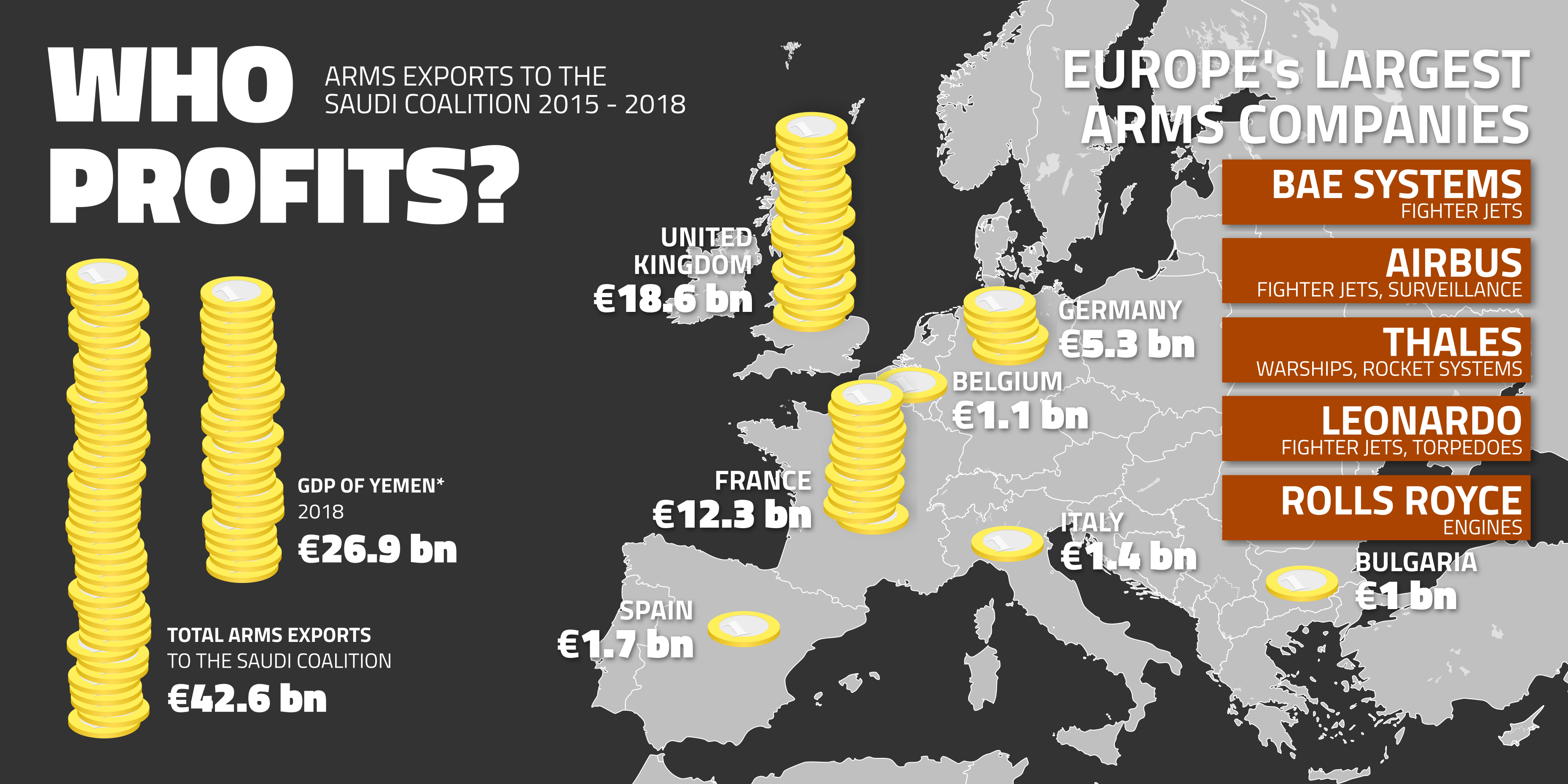